BOCA RATON, Florida – PGA TOUR Champions has announced that Oasis Outsourcing, the nation’s largest privately-held Professional Employer Organization, will be the title sponsor of the Oasis Championship, a premier PGA TOUR Champions event held annually in Boca Raton, Florida. A three-year agreement is in place through 2021.

“We are excited that the Oasis Championship will continue bringing world-class golf to Boca Raton,” said Mark Perlberg, President and CEO of Oasis Outsourcing. “This sponsorship continues our tradition of supporting the local community, and we are proud to help keep this key event in the Palm Beaches.”

The 2019 Oasis Championship (February 4-10) is the first full-field event of the PGA TOUR Champions season, and it will be played at The Old Course at Broken Sound for the 13th consecutive year. The 2018 tournament featured a final-round showdown between Mark Calcavecchia and Boca Raton resident and World Golf Hall of Famer Bernhard Langer, with Calcavecchia completing the wire-to-wire victory for his fourth career win. In all, last year’s field included eight members of the World Golf Hall of Fame and 15 major champions.

“The city of Boca Raton has been instrumental in the event’s growth, and our partnership with Oasis will make this tournament even stronger,” said Miller Brady, President of PGA TOUR Champions. “The players love starting the year in Boca Raton and The Old Course at Broken Sound is a great venue for our first full-field event of the season.” 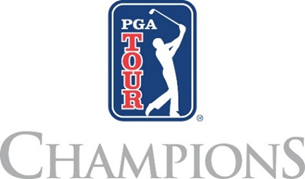 About PGA TOUR Champions
PGA TOUR Champions is a membership organization of professional golfers age 50 and older, including 35 members of the World Golf Hall of Fame. The Tour’s mission is to provide financial opportunities for its players, entertain and inspire its fans, deliver substantial value to its partners, create outlets for volunteers to give back and generate significant charitable and economic impact in tournament communities. In 2018, the PGA TOUR Champions schedule includes 27 tournaments across the United States, Scotland, Japan and Canada, with purses totaling nearly $58 million. The Charles Schwab Cup, which includes the Regular Season and the Charles Schwab Cup Playoffs, is used to determine the season-long champion. All events are televised in the United States, with most receiving complete coverage on Golf Channel, the exclusive cable-television partner of PGA TOUR Champions. Internationally, telecasts air in excess of 190 countries and territories, reaching more than 330 million potential households. Follow PGA TOUR Champions online at PGATOUR.com, Facebook, Twitter (@ChampionsTour) and Instagram (@pgatourchampions).

I am a fan of their website- the payroll process is simple and easy to customize, the reports are easy to find and download.

New Research: How Will These Workforce Challenges Impact Your Business?